A downloadable toy for Windows

The brain doesn't come with an Off switch, and most of the time this isn't a problem. For when that is an issue there's sfäre, the audiovisual rest stop for a mind forever wandering. Like all the best toys there's no wrong way to play with sfäre, and its simple controls allow for a near-endless stream of entrancing new patterns that gently twist and pulse in a relaxing yet fascinating display.

A series of lines emanates from the center of the screen, and four crystal orbs sit in the corners. Each one controls an aspect of the pattern. Playing with them instantly reveals the lines are made of endless small dots that can be twisted into new and complex arrangements.

sfäre isn't so much a creation tool as it is a voyage of discovery, seeing what beautiful new imagery can fall out of its tools. Even an off-center pattern can become lovely, simply by tapping either the horizontal or vertical mirror buttons. Receive the full-on kaleidoscope effect by using both at once.

The entrancing visuals are backed up by an equally chill soundtrack, with different tunes available and a changeable color palette to go with each one. While sfäre isn't meant as a music visualizer the sounds and patterns fit together perfectly, and you can either try to build a pattern that matches or simply play, knowing that there's no wrong way to synchronize its sights and sounds.

When the real world calls again you can rise up from sfäre, with the benefits of a moment of peaceful play having made everything just a little better and more manageable than it had been before.

Sfäre is an experimental visual and musical experience. It's a bit like watching clouds fused with a Rorschach test.

There is no goal in sfäre, there are no points, no achievements. Sfäre is a toy to sooth your mind.

Take your time and relax. There is no reason to rush. Let your imagination wander.

For total relaxation turn on the show mode and watch how particles create beautiful images on their own.

sfäre is built to work with touch or mouse controls. I have added some experimental keyboard and gamepad controls.

Use the right mouse button to drag spheres or reposition the view. The mouse wheel can be used to zoom both the spheres and the view. Rotating is a bit tricky. Position the cursor on the point you would like to rotate around and press the middle mouse button. Drag the cursor away from the center and you will see a shimmering line, this is your lever. Continue to hold the button and move the lever to rotate the view.

Very experimental. Use the Analog-Stick to highlight spheres + modifiers. Point in the direction of the control you want, it is always relativ to the screen center no matter what is currently highlighted. Press a button to activate/deactivate a button or sphere. Some controls allow further manipulation with the analog stick until you deactivate them again.

In order to download this toy you must purchase it at or above the minimum price of $3 USD. You will get access to the following files: 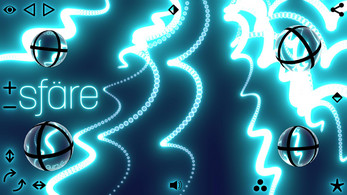 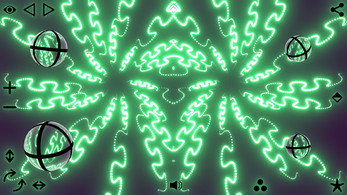 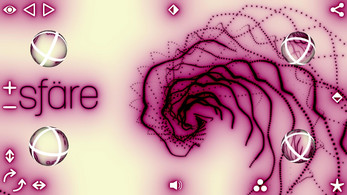 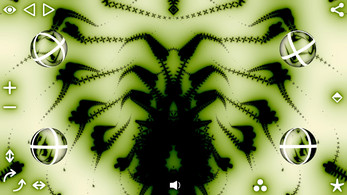 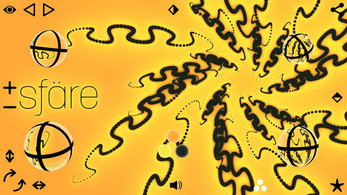